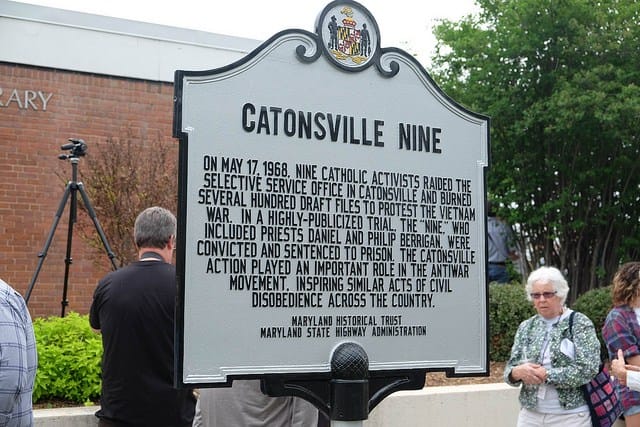 In commemoration of the 50th anniversary of the Catonsville Nine action, students in MCS Production Fellows worked with community members and UMBC’s Shriver Center to produce three oral history videos. The videos were screened during commemorative events in Catonsville on May 5, 2018.

Dave Eberhardt was one of the participants in the Baltimore Four action in 1967, for which he served 21 months in prison. After his release Dave spent his career working in the prison system and as a poet and writer. In this interview he discusses the Baltimore Four, Philip Berrigan and the Catonsville Nine.

Brendan Walsh and Willa Bickham came to Baltimore 50 years ago and founded Viva House, a soup kitchen and food pantry in southwest Baltimore. Viva House served as a base of support for Catonsville Nine action. In this interview, Joby Taylor of UMBC’s Shriver Center discusses with them their 50 years of serving the community and their supporting role in the Catonsville Nine.

Alva Smith Grubb was one of the jurors in the Catonsville Nine trial. In this interview, Alva recalls her experience at the trial and reflects on the role of protest in a democratic society. 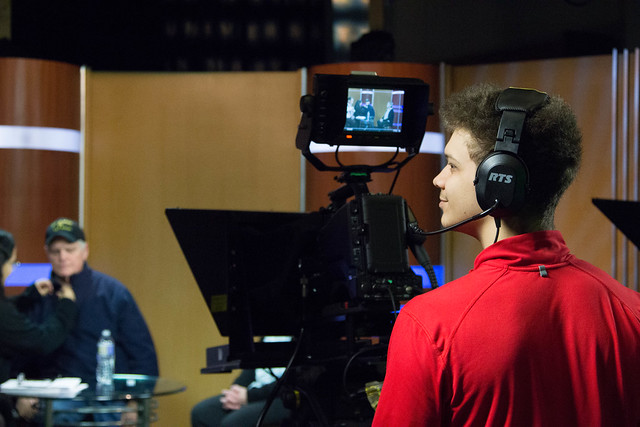