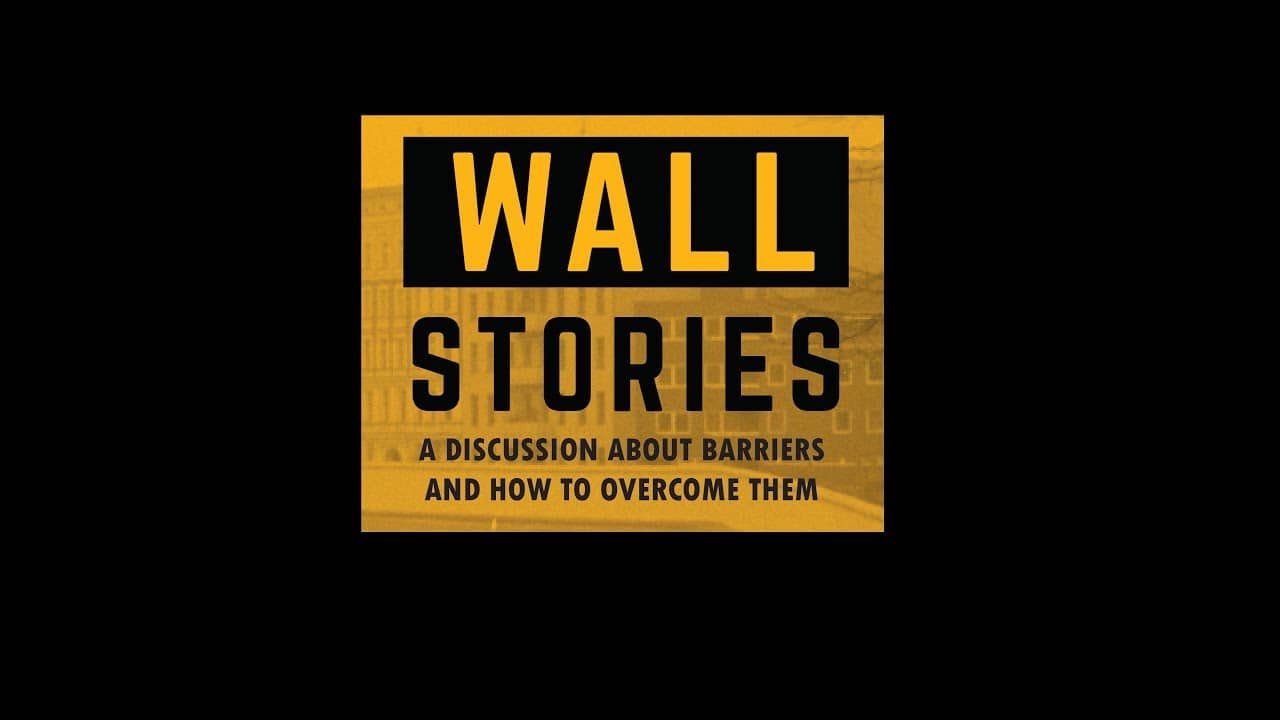 During the fall semester of 2019, students in three UMBC classes (MCS 495, GERM 301 and GERM 319) collaborated in creating digital stories  commemorating the 30th anniversary of the fall of the Berlin Wall.  The stories are based on interviews of members of the UMBC and broader Baltimore communities who shared personal recollections of the events surrounding the collapse of the wall.

This video was shown at a public event at UMBC on Nov. 11 sponsored by the Center for Democracy and Civic Life.

Wall Stories
Commemorating the 30th anniversary of the fall of the Berlin Wall, "Wall Stories" was created for screening at the public event on Nov. 11 at UMBC.

Gordon Johnson
Gordon Johnson was a military officer serving in the US embassy in 1989. Interview: Emily Woodard Editor: Natalie Bates

Uta Larkey
Uta Larkey was born in Leipzig and lived in East Berlin for ten years. She is a former Associate Professor of German at Goucher College. Interview: Adam Ratajczak Editor: Reese Burke

Ed Larkey
Ed Larkey was a student in East Berlin in the 1970s. He is Professor of German and Intercultural Communication at UMBC. Editor: Alexis Barber

Panel Discussion - "Wall Stories: A Discussion About Barriers and How to Overcome Them"
This panel discussion commemorating the fall of the Berlin wall was held at UMBC on Nov. 11, 2019. Panelists: Marina Adler, Professor, Sociology, Anthropology, and Health Administration and Policy Romy Hübler, Assistant Director, Center for Democracy and Civic Life Ed Larkey, Professor, German and Intercultural Communication Susanne Sutton, Senior Lecturer, German Sponsored by the UMBC Center for Democracy and Civic Life.
«
Prev
1
/
1
Next
»